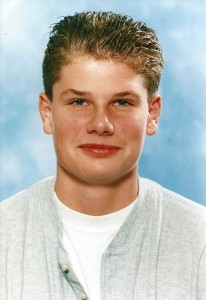 The fear of living was greater than the fear of death.

I’m healthy, I have a lovely house and a sport school that is doing great, and I am very aware of all this.
Because while I have one foot standing in wonderland, I have the other in a dark forest.

How do I deal with it that my son, Guy Brian Dominique, has suffered from all manner of anxiety and compulsive disorders for the past fifteen years.
He leads a solitary life and almost never goes out. He has no hobbies, no passion.
He is 31 and finds his life awful.
His desperation is palpable.

I arranged his funeral so many times in my head.
I’m afraid, so afraid of losing him.
At the same time, I’m so afraid that he must constantly live in fear.

Many different kinds of therapy and methods of treatment have come and gone.
Sometimes things seemed to be going better, but in time his fear would engulf him once again.
What remains is a lonely young man who so desperately seeks the freedom to go out with friends, to go to work, to have a relationship. Who really just wants to be normal, and to LIVE.

I close my eyes and let tears of love and powerlessness flow freely. So I can then be there for him.

On Wednesday, 7th August 2013, at 3 p.m. in the afternoon, Guy and I went to the Stichting Levenseinde Kliniek in The Hague, a foundation that supports people in their right to die.
There we met some very compassionate psychiatrists who listened to us and showed the greatest possible understanding.

Guy initiated his euthanasia proceedings. They spoke to him on dozens of occasions.
Eventually, on Friday, 11 July 2014, the psychiatrists told him that he was eligible for euthanasia.

On Friday, 8 August 2014 at 12:15 p.m, in the presence of his brother, his neighbour Peter van der Tuin and myself, in a relaxed state of mind and with a smile upon his face, Guy made his conscious departure from this world at the age of 31.

I already miss you!
Your father, Aad.

Today my beloved brother found his final resting place.
He fought an incurable illness for over fifteen years.
During the difficult times in his life he always worried about people, and wondered how he might make others happy.

I shall miss my brother with every moment: the films we watched together, the games we played together, the moments when we laughed and cried together, the training tips he gave me when I was being stubborn again. Discussions about who was the best wrestler in the WWE.
The smile on his face when he beat me on the PlayStation.
Stories about how the world would be a better place if Robocop really existed.
Trips to America, Egypt and Turkey.

I will miss every moment!

I love my brother with all my heart. Words cannot describe what he meant and still means to me.
Now he is safe in the Kingdom of Heaven, smiling down on us.
My brother is my inspiration!

I am proud of my brother, and so thankful for the fact I could call him my brother.
God has welcomed another angel into Heaven!

Brother, I love you with all my heart. Tell mum I miss her. 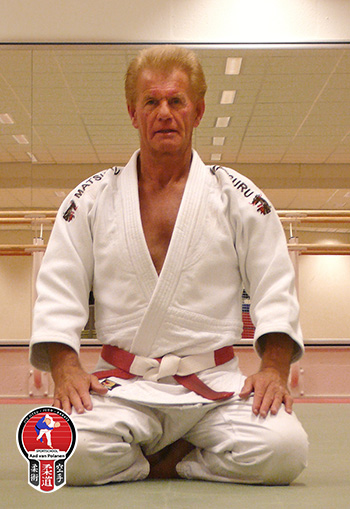